Settlements are a very good thing after an accident, but some cases end up going to trial. If your efforts to settle your case are stalled, your auto accident attorney may advise you to file a lawsuit against the driver that caused the accident. As long as you are physically injured, have numerous forms of damage, and it's clear that you were not at fault, a court case filing is just the right thing to do in most cases. Once you and your lawyer make the lawsuit decision together, you might be wondering what happens next. To find out more, read on.

Going to court is not a quick fix, but how long the process takes depends on many things. One issue is the court calendars in your district or area. If they are backed up, you might have to wait a few months before your trial begins. Even when the calendar moves along, much has to be done prior to the first day of court and how long that takes depends on the complexities of your case. If your accident was complicated, if the fault is in contention, and if there is a lot of evidence that has to be processed, all of that can delay the start of court.

The Opening of the Suit

A lawsuit begins with a document (known variously as a petition or a complaint) sent to the other parties. In this case, that means the other driver and their insurance company. The insurer will have a legal team to represent them on the other driver's behalf. The petition contains legal information about the jurisdiction, the parties involved, and statements about the facts of the case. Commonly, evidence to support allegations is not included in this document. For example, the suit might allege that the driver of the other vehicle was careless when they drifted onto the plaintiff's lane of travel and caused a collision.

The Suit is Answered

The other side has a certain number of days to respond to the suit with an answer. The answer addresses the facts mentioned in the suit and refutes them with facts of their own. Some facts are denied, some are agreed to, and some will be addressed later. Also in this response are the facts of the case from the defendant's point of view. For instance, the defendant might state that the other driver's injuries were not caused by the accident but from a previous accident of a year ago, and therefore they are not responsible for the party's medical expenses, lost wages, or pain and suffering.

It's worth noting that the opportunity to settle the case remains until the verdict is read. To find out more, speak to a auto accident attorney, or a local law office, like Hensley Law Office. 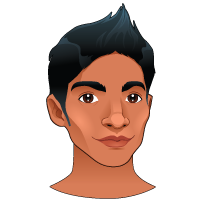